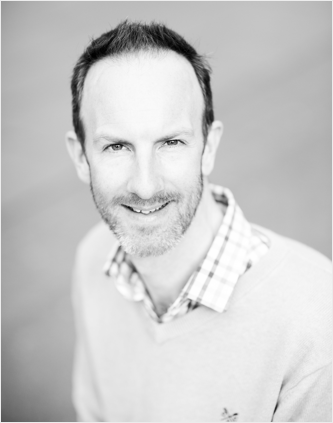 Hugo qualified as an osteopath from the London School of Osteopathy in 2007 and started working at a busy London practice ‘Back to Back’ in Earlsfield. He moved to Windsor in 2009 and set up his own practice ‘The Castle Clinic’ at the Spire Hospital on Frances Road. He is delighted to have taken over the Arch Clinic as owner, director and practising osteopath in 2013. His goal is to turn it into a truly interdisciplinary clinic incorporating osteopathy, sports medicine, physiotherapy, podiatry and sports massage as well as a number of other complementary therapies.

“I have had an interest in osteopathy since experiencing a miraculous osteopathic treatment for neck sprain on the day of my driving test aged 17. Without the amazing treatment of an osteopath I wouldn’t have been able to move my neck which makes reverse parking considerably more difficult!! After my first degree I first went into industry to develop my business skills before I followed my true passion for health care and undertook a five year degree in osteopathy”.

Hugo has a wealth of experience in treating patients of all ages from childhood. He commonly treats back and neck pain, pregnancy related musculoskeletal pain including symphysis pubis dysfunction (SPD), and office based postural issues.  He has a particular interest in sporting injuries treating recreational sportsmen to elite athletes.

He is a qualified British Medical Acupuncturist and an active member of the Osteopathic Sports Care Association in addition he is qualified in sports trauma management.

“In 2012 I had the great honour of being selected as an osteopath for the Olympic Medical Team, working with Olympic and Paralympic athletes at the rowing and sprint canoe village.  I also joined the medical team for the 2013 World Rowing Championships at Dorney”.

Hugo has always been interested in sport having played squash for his school and university and was even selected for the Bristol University skeleton bob sleigh team!! He is a regular skier and tennis player. 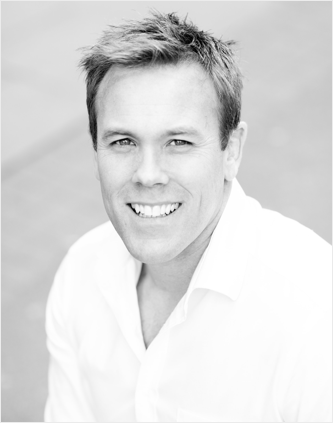 Matthew Stevens qualified as an Osteopath from The British School of Osteopathy in London in 1998. He then went on to complete his Masters degree in Sports Medicine from the University of Nottingham in 1999. Since then he has worked in a variety of practices both in the UK and abroad and continues to utilise a blend of osteopathic treatment with orthopaedic medicine to help prevent, treat and rehabilitate patients back from injury and pain.

Matthew treats a range of orthopaedic and musculoskeletal problems including spinal and limb pain but has a specialist knowledge of Sports Injuries and the care of athletes. He has become highly proficient in the use of diagnostic ultrasound scanning in order to visualise injuries and determine an accurate diagnosis.

Matthew prides himself on teaching his patients about their problem and working with the patient to take control of the problem if appropriate. He uses a combination of Osteopathic treatments with post graduate techniques, such as dry needling, combined with exercises to get the best results for his patients.

Matthew is an ex-rugby player (although he is always tempted to dust his boots off!) who now enjoys various types of cross training and general fitness. 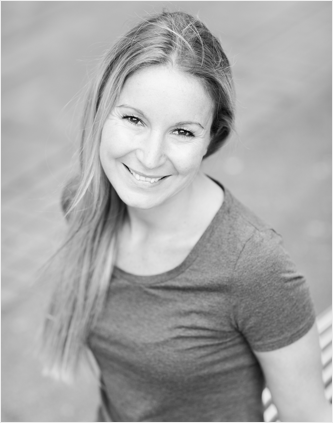 Emily qualified as an Osteopath from the Surrey Institute of Osteopathic Medicine in 2011 and started her own practice, ‘The Berkshire Osteopathic Practice’ which she continues today. Emily has always enjoyed working with people and before training to be an Osteopath was a qualified psychologist.

Emily particularly enjoys working with children and as a result spent extra time at university observing and treating children and babies. Under the tuition of a highly experienced tutor she realised her goal; specialising as a cranial osteopath when she qualified. Her passion for Cranial osteopathy increased when she had her own child as she was able to treat and see results first hand.

“I have seen so many mothers come in exclaiming that they have a different, happy and sleeping child after the treatment! But seeing my own baby calm down and sleep for so many extra hours really proved to me the magic of my specialism to me! Although I have now had many referrals from midwives and doctors, I’m really looking forward to the day it is recognised and widely used by the NHS.”

Emily treats people of all ages. Although it is common for her to see babies for cranial osteopathy, she has also helped many adults with problems such as headaches, anxiety and recurrent sinusitis with this gentle treatment.

As a general osteopath the main patients she sees are people suffering with back, neck and other joint pain but is increasingly interested in ante and postnatal, geriatric and paediatric osteopathy. She is keen to help anyone in pain and finds that the biggest enjoyment of her career. 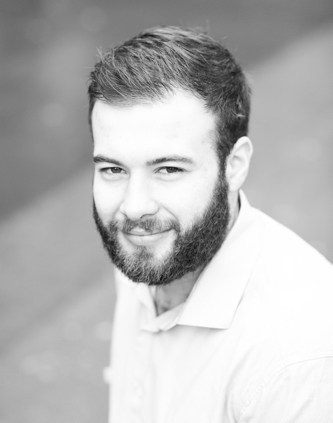 Ciaran graduated from the European School of Osteopathy in 2014.  He’s worked in a number of environments including private practice, the NHS and in a university sports department. This diverse patient population means he has experience in treating many medical conditions.

His NHS work has ensured he has good relationships with medical practitioners and consultants to aid patient management and referrals.

Ciaran has been with us since 2016 and has brought his structural approach to osteopathy to our clinic – with trigger pointing, manipulation and stretching techniques forming the basis of many of his treatments.

He strongly believes that the key to health is getting everyone to move more – as a result he gives out exercises, with obligatory ‘stick man’ diagrams in almost all his sessions.  He also has a big passion for strength and conditioning, particularly when it comes to running; this comes from having worked with sprinters.

Ciaran has a passion for sport in all its forms and he loves helping people get back to exercise. He himself practices Olympic weightlifting, yoga and also enjoys going bouldering. 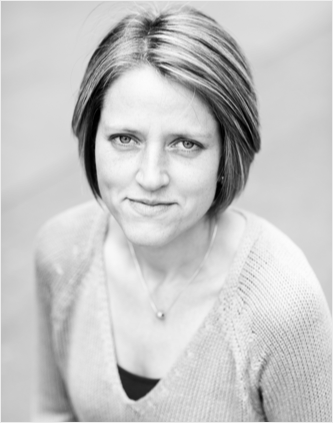 Daleen studied podiatry at the University of Witwatersrand in South Africa and has gone on to specialise in Orthopaedic footwear, Biomechanics of the foot and foot conditions in children.

Since 2014 Daleen has been the ‘Lead Musculo-skeletal Specialist NHS Podiatrist’ for Berkshire Health Care Foundation Trust. This involves leading a team of 8 special interest Podiatrists at the orthotic labs at St Mark’s hospital in Maidenhead.

She has been part of the London triathlon medical team on two occasions, worked alongside an eminent podiatric surgeon, and was also part of the Olympic medical team for London 2012.
She has worked in both the private and public sector in the UK and South Africa.

In her spare time, she loves outdoor activities and is currently training for a triathlon. 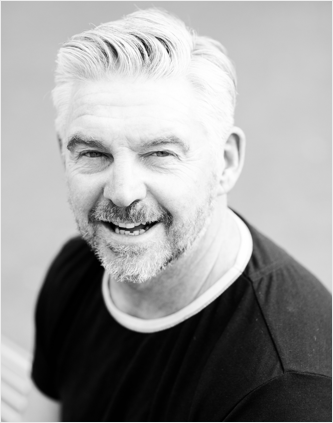 Brian trained with the London School of Sports & Remedial Massage. He has also qualified in kinesio taping.

His career in Sports Massage therapy has seen him work with football clubs, school rugby teams, rowing squads, sportsman and professional musicians as well as pain and muscle tightness associated with office work.

Brian has a particular interest in sports and occupational injuries & the rehabilitation of all soft tissue injuries. 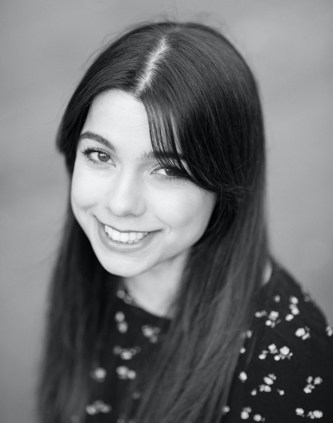 Yasmin graduated from the British College of Osteopathic Medicine with a Masters in Osteopathy and a Diploma in Naturopathy in 2017.

Yasmin’s Masters research focussed on the impact of the mind on acute pain, and for it she achieved a naturopathic research award. Following completion of these courses, Yasmin achieved an MSc Philosophy degree at the University of Edinburgh specialising in Mind, Language and Embodied Cognition. This degree supported Yasmin’s own philosophy: that critical thinking skills are essential for observing health and biomechanical concerns from multiple angles.

Yasmin firmly believes that having a strong insight into human mentality enables an osteopath to appropriately tailor treatment plans and advice to each patient.

Yasmin treats a wide range of patients (from marathon runners to office workers), however, she has a special interest in treating babies, children and pregnant/postnatal women.

Yasmin developed an interest in cranial osteopathy whilst in Edinburgh where she worked in a clinic where many babies were seen.

She is currently pursuing a Diploma in Paediatric Osteopathy via the Foundation for Paediatric Osteopathy which has a large cranial osteopathy component. This is the gold standard course for paediatric osteopathic care and involves providing treatments to babies, children and pregnant/postnatal women under the guidance of senior osteopaths with a wealth of experience in this field. 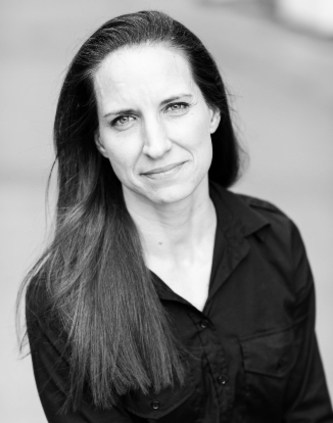 She initially trained and qualified with a BSc in physiotherapy at King’s College London in 1995.  Subsequently she’s worked for over 20 years in musculoskeletal physiotherapy throughout the UK and internationally.  Over her career, she’s treated sport injuries, work-related injuries, post-operative orthopaedic conditions and most varieties of aches and pains.

Being a former rower, and now a keen cyclist and runner, Ashley fully understands the needs of the body for different sports – she tailors rehabilitation to balance muscles and correct movement control.  This enables her patients to have a healthy return to sport.

Ashley uses all the skills at her disposal to treat her patients – one of these that she finds particularly effective is acupuncture which she’s been practicing for over 15 years.

Ashley believes in self-help through prescribing rehabilitation exercise – this defines her work so, if you see Ashley, you can definitely expect to have some exercise ‘homework’ to do.  She can unravel even the most complex musculoskeletal problems with a long term view to enable self-management and a painfree future.

Ashley’s other area of professional interest is in the field of ergonomics having completed a Post Graduate Diploma in Health Ergonomic.  She’s possesses a special knowledge of office ergonomics so is able to offer practical advice on any work-related issues that will facilitate recovery. 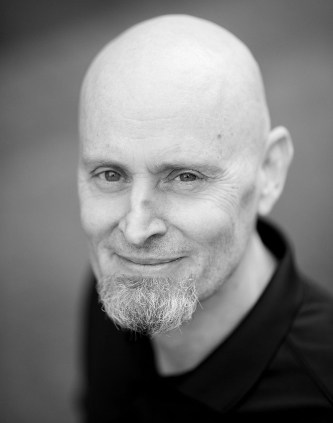 After a twenty-five-year career in the music industry as a record producer, Al studied Cognitive Hypnotherapy at the renowned Quest Institute in Regents University, London.

After Qualifying in 2015 he went on to study further and became a Neuro Linguistic Programming Master Practitioner the following year. He’s accustomed to working in different environments including GP surgeries and private practice. His passion is everything to do with the human brain; it’s behaviour and how it works for us (and sometimes against us.)

Al is also a passionate Life coach. He has coached many people over the years including, international artists, young Olympic hopefuls, motorcycle racers and airline pilots.

He is always more than happy to chat about what he can help people with, whether it is cognitive hypnotherapy or coaching.  If you want to find out a bit more about what it would be like to work with Al, then a free phone consultation can be arranged with absolutely no obligation.

Al is a member of the NCH, CNHC and QCHPA governing bodies and is bound by their code of ethics and conduct and as such all of his client work is held in the strictest of confidence. He is fully insured and also holds a full and enhanced DBS check. 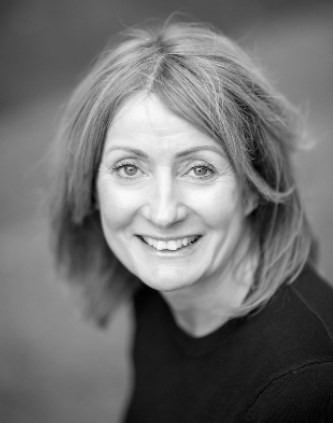 Joanne is a very experienced Sports Massage Therapist having worked in her field for over 12 years.  She gained her ITEC (International Therapy Examination Council) Sports Massage Diploma 2001, however, prior to this she worked as a Beauty Therapist.  During her beauty therapy years she spent much of her time working in the stunning grounds of Cliveden House – this ignited a passion for massage and she underwent further training to pursue her Sports Massage ambitions.

Joanne’s also a qualified fitness instructor specialising in both Pilates and Personal Training.  When she’s not massaging clients at The Arch Clinic, Joanne can often be found at the prestigious Bisham Abbey National Sports Centre where she conducts over 12 fitness classes per week.  Joanne prides herself on being able to use a variety of different techniques and skills to adapt her treatment to benefit her clients’ needs.

Fitness is a very big part of Joanne life, she has had the privilege to run the London Marathon 3 times, she has also participated in various cycling events and she’s always on the look-out for her next challenge.

Osteoarthritis – What to Expect and How we can Help

Diary of a shockwave patient: does it hurt & does it work?

Happiness Hacks for Life in Lockdown: 3 Simple Steps to Get You Through